Meira Nova Oy implemented Voice-Directed picking system in the beginning of summer 2009. The benefits of the new picking system were immediate after implementation, with it the amount of picking errors have decreased significantly and productivity has improved as expected at Meira Nova. Also the employees have adapted to the change with positive thinking.

The implementation of the Voice-Directed picking has gone with a swing and the benefits have been right away concrete and visible; the new system has decreased the amount of picking errors significantly and the goals set for the project have been achieved, tell logistics manager Jari Saviniemi and logistics planner Jari Kaartinen with Meira Nova.

"The aim of the project was to improve operational quality, occupational safety and ergonomics, cost-efficiency and productivity as well as decrease the amount of picking errors. We achieved our goals together with Optiscan thanks to careful specifications and testing and also due to phasing implementations in different parts of warehouse to multiple steps", says Saviniemi.

Meira Nova´s personnel were involved in the project right from the beginning. During the testing and the implementation phase of the system there was a very comprehensive training session during which pickers already familiarized with the equipment instructed new users. Among the workers there was a positive and enthusiastic feeling about the system.

The users had beforehand doubts about how the new system works and how well the use of the Voice-Directed system can be learned. The concerns proved unnecessary because the Voice-Directed system has eliminated purposeless stages of work and the picking flows faster compared to former system. Further more the logistics workers have positive experiences about Voice-Directed picking. - Although I´ve been in the company for a long time and I was used to the old system, the new system proved to be easy to use, fast and practical. Also the feedback I have heard from the others has been nothing but positive. The occupational safety improves since hands and eyes are free, tells veteran picker Simo Rissanen.

According to logistics professional Jyrki Mäkelä especially the ordering of the products to the picking spot with new system has decreased walking distances and made the ordering easier than before. - Now the replenishment orders for the picking spots are actually made more often, because it is so easy through the system, he says. Logistics professional Katri Sulin who operated as an instructor during the implementation of the new system recommends Voice-Directed picking and says it to be practical and easy to use. "The success of the project was influenced significantly by the activity of the logistics professionals who operated as instructors and the whole project group and also presentation and training meeting organized by Optiscan", says Saviniemi. 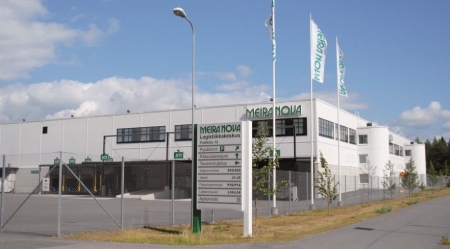 "The new system has decreased the amount of picking errors significantly and the goals set for the project have been achieved." 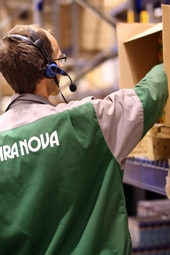