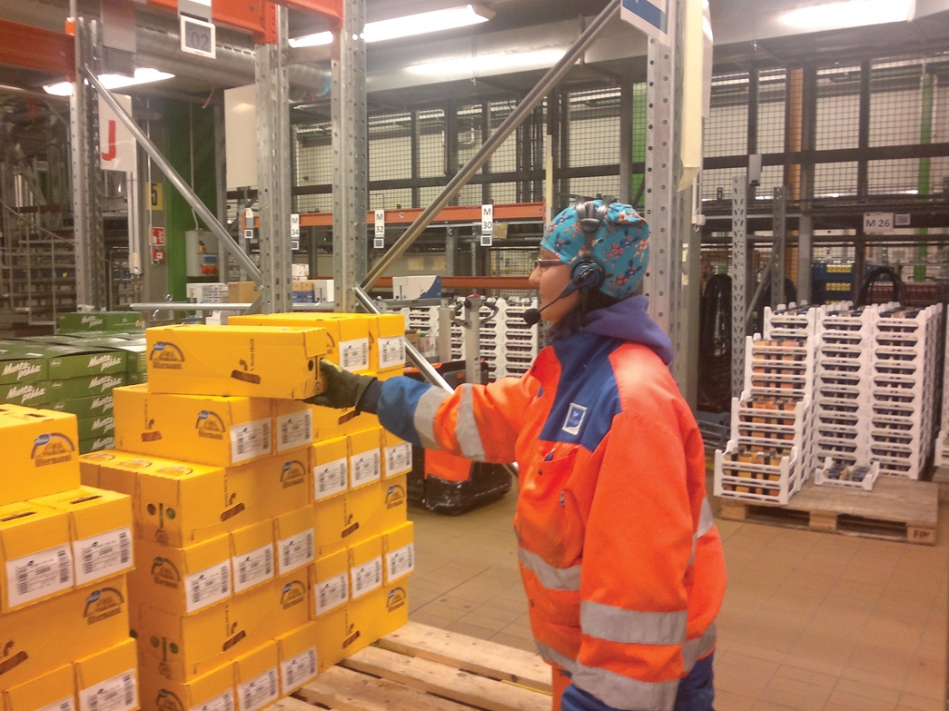 The customer specific picking is primarily done with forklift, and as voice-directed picking releases picker´s eyes from checking the screen of the handheld device, it makes a huge difference to the work safety and it also improves working ergonomics significantly. According to Jarno Pajunen, Valio´s Project Manager of the main warehouse renewal, voice-directed picking has been nothing but a success after the minor challenges with WLAN were solved.

Compared to basic picking process the working flows and picking tasks at Valio warehouses include multiple different dialogues and therefore it is extremely important to observe the functionality of the dialogues especially keeping the future projects in mind.

Voice-directed picking solution delivered by Optiscan is an important part of the renovation process of the WMS-system managed by Cimcorp Oy. Fluent usage of the warehouse system is highly important and therefore the whole Valio´s WMS-system is ensured with a comprehensive back-up service package.

At the moment circa 240 pickers are using voice-directed picking at Valio." In order to initiate the staff into using voice as their primary working method, we have built a separate testing environment in which creating the speech profile, training and initiation can be taken care of before using the system in the real working environment, describes Pajunen, and continues: "With the initiation material provided by Optiscan and the trainings they arranged for the supervisors and workers it has been fairly easy to motivate our staff into using voice." 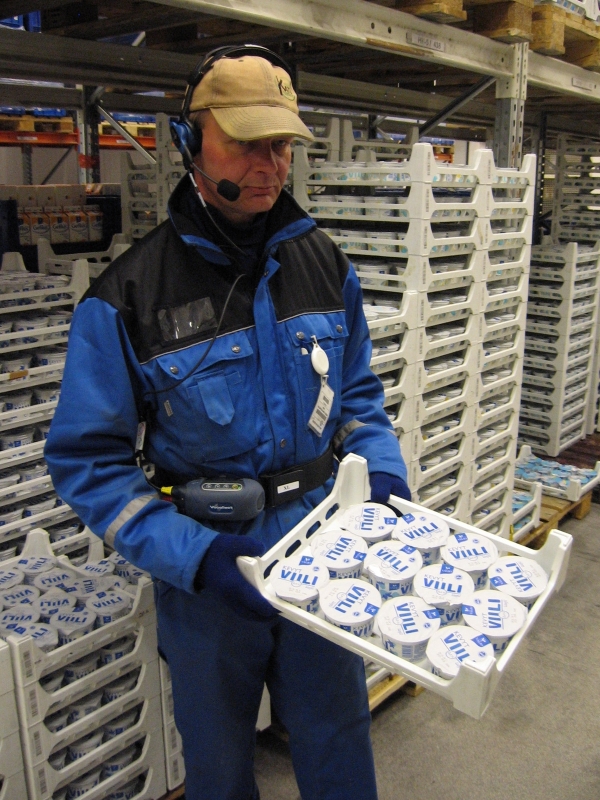 "In order to execute the implementation of voice as flexibly as possible, we chose few of the most eager learners and trained them instructors. These instructors then passed forward their knowledge to the rest of our workers. Despite the minor suspicion in the beginning, voice-directed system has been adopted very well", Pajunen emphasizes.

Seamless co-operation between all the parties is the main requirement in order to achieve a success in such large project. Pajunen praises both Optiscan and Cimcorp for their co-operational skills. Both partners also gain special acknowledgement of quick reactions in all situations during the whole process.

"...voice-directed picking has been nothing but a success..."

Read more about usage of voice in a warehouse environment