Postal organizations are facing demand for increased productivity in letter and parcel delivery services. While automation solves part of the problem there is still big demand for manual sorting, especially in letter delivery business. PostNord (Post Danmark A/S) provides postal and related services to individuals and companies. The company has merged with the Swedish Posten AB in 2009 and now forms part of PostNord Group. As the traditional postal volumes are rapidly declining, the justification for investment in large automated sorting centers is becoming all the time harder to find.

During the last 20 years, PostNord has worked to automate the sorting processes, and today over 90% of letter mail is sorted by machines. However, approximately 10% of the volume still has to be sorted manually, either because the address is difficult to read or because the physical format of the mail does not fit the sorting machines. PostNord had a need to utilize new technology in order to sort out problematic letters with enhanced productivity and high sorting quality.

The Challenge
PostNord’s challenge was to find a solution that would manage the sorting process, have the same features and possibilities that the large letter sorting machine, without restrictions on letter format or size. In addition, the system had to be flexible and should be usable everywhere. The aim was to provide the letter carrier with postal items finally sorted into the order that matches the best and quickest way to distribute them along the route.

"We had to change our logistics structure. We went from a little bit of a short of 200 distribution centers to actually 27 hubs. The sorting task become a lot more complicated in the hubs, because of the need to sort 50 or 60 different zip codes, many with street names that are the same. We had to find the way to utilize special technology to sort out conflicts, get a feasible answer from the system without it taking too much time. It had to be effective as well.“ says Henrik Nøhr, Project Manager at PostNord.

There were a lot of demands and criteria to be fulfilled by the system: it had to be extremely simple to use, but it also had to incorporate the exact same sorting algorithms that the large sorting machines provided.

The Solution
The new system was implemented as a joint project with Optiscan. The system, based on voice recognition, met all customer expectations. “We have started this project from scratch. We actually did this system in approximately five months, from absolutely nothing to a fully deployed system, turned on the first day and it worked." Henrik continues.

Now the postal workers use a lightweight headset with a high-quality microphone. Employees read the street name on each item, and based on a proven voice recognition system and a database of street names, the system informs the worker which compartment the item should be placed in.

The Benefits
“One of the most powerful things in the system is that we are operating with the same master data as the automated sorting machines, but utilizing the data in conjunction with workers that have many years of experience and knowledge of the area, using the voice system. That combination is unbeat¬able when you have rest mails, that due to some reason are non-sortable on the machinery. Those items are actually reaching the customers. " describes Henrik Nøhr.

“When you look at the speed, it is probably sorting in flattery somewhere between 300-500 items an hour. Sorting the bulky items, it is probably between 250 and 350-400 items per hour, depending on which process you are running, but at the same time you are actually noting the route number and the sequence number. So, from going from absolutely nothing you actually have the exact recipient in one sorting process. " says Henrik Nøhr.

PostNord’s primary aim was to streamline the mail sorting process. With the demands set high, the level of success achieved has exceeded customer's expectations.

"We as a customer are super happy. We have a system that runs flawlessly. The 350 Optiscan stations turn on perfectly. It works every night; no breakdowns, not a single one." concludes Henrik Nøhr.

"It is nice to have a complete sorting universe in a 10 by 10 box with a super powerful software inside. This is another way to meet the demands of the future."
Henrik Nøhr,
Project Manager, PostNord 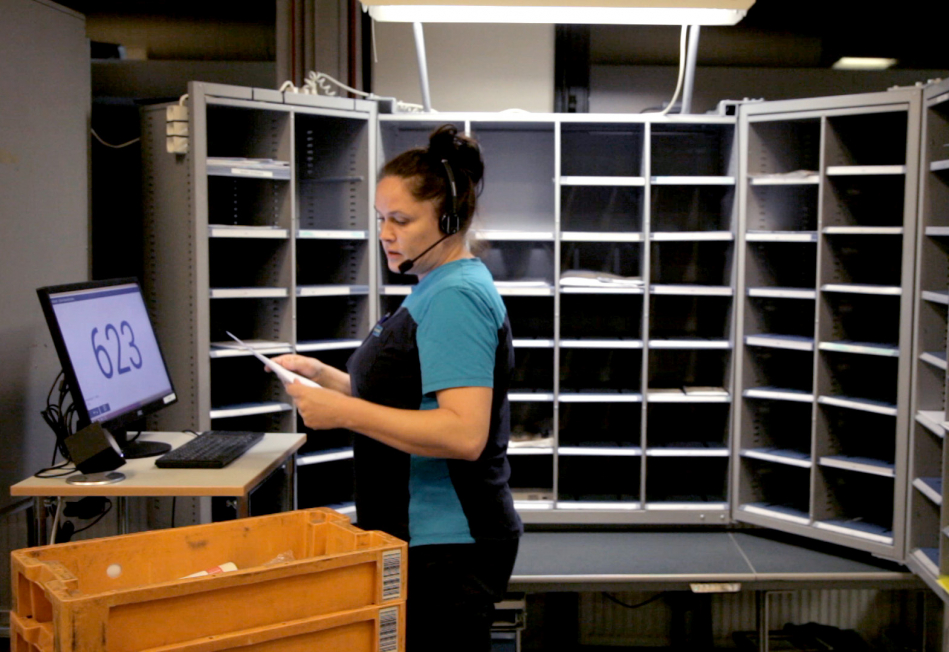